Home About » News » Back to Basics
Back to news 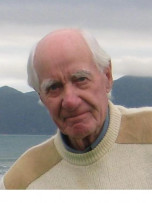 An aching neck or back is no surprise in today's world – a whopping 80 per cent of us will be struck at some stage. What's more surprising is that many people can find relief with self-treatment – and Wellington is the birthplace of this different approach.

While battling neck pain last year, I sought help from health professionals. After months of frustrating consultations – but with pain persisting – a physiotherapist told me about a small book called Treat Your Own Neck. I found it at my local library and as the librarian swiped my card, she gushed: "This book's amazing. It changed my life."

I committed to the book's prescription over the holidays. It advised regular end-range exercises for the neck – every two hours or so – and avoiding bad posture or sitting too much. I noticed an improvement after a week and soon the pain had gone.

The book's author, Robin McKenzie, lives on the Kapiti Coast. Now 80, he is the founder of the McKenzie Method of Mechanical Diagnosis and Treatment. He has been honoured internationally and awarded a Companion of the New Zealand Order of Merit for services to physiotherapy.

I asked him what it was like to pioneer an approach to back pain.

He says it all came from a chance observation. As a young physiotherapist practising in Wellington the 1950s, he inadvertently left a patient with back pain lying down with his back arched in extension. The bed had been adjusted for someone else and McKenzie was called away.

On returning, McKenzie rushed in dismay to move him – because the position was thought damaging for the back. But the patient declared his pain had greatly improved. Intrigued, McKenzie asked him to repeat the pose the next day and within 24 hours the patient reported that he was symptom-free. McKenzie tested and refined the method, eventually finding the most effective combination of movements.

"I found almost all patients, if you educated them, could treat themselves. It's now recognised as a `directional preference', where symptoms reduce with particular movements. The patient can be taught the risks and learn to reverse any distortion when the back goes out. And that is better than coming to me every day for weeks or months."

Certain that others must have known about what he was seeing, he travelled overseas to visit international back experts. "To do this, we re-mortgaged the house and I left my wife, Joy, at home with our young children. And that is one of my big regrets – that I was away so often when they were growing up. But I wanted to find out more."

On arriving home, he said to Joy: "It's a bit presumptuous to think you're the first person in the world to discover something, but I think I've found something that no-one else knows about.

"If we could teach everyone with back pain how to do this, it would be a huge breakthrough."

McKenzie wrote to all the doctors in Wellington, declaring his intention to specialise in back pain. He would ask people to move in various ways and to say what felt better or worse for their pain – sitting, standing, bending or doing specific movements with the neck or lower back.

At one conference in the United States, the young McKenzie was confronted in a lift by an American orthopaedic surgeon who questioned him on his new approach.

In a faultless southern accent, McKenzie relays the surgeon's response: "So you're taking a surgical candidate and turning him into a non-surgical candidate? Some people ain't gonna like that."

McKenzie didn't baulk at ruffling a few feathers. When I arrived, he said he wasn't a conformist. I found this easy to believe, glancing about at the walls of his circular house. What is it they say about square pegs?

While some surgeons were slow to be convinced, "American physiotherapists took to the method like ducks to water", he says.

There are now McKenzie Institute branches in 26 countries. The institute carries out training of health providers as well as research and promotion.

Why should someone try the McKenzie Method?

For a start, it is much lighter on the pocket. It is relatively easy and can be done at home or at work. He says it takes only a minute to do a set of exercises, but you need to do five to six sessions daily. The exercises are not designed to strengthen, but to reverse any distortion within the joints.

While most people are likely to benefit from self-treatment, it won't suit everyone. Those with pain from tumours or fractures, for example, will need different interventions.

In his 50-year career, McKenzie treated thousands of people, including several prime ministers. He says Robert Muldoon was a stand-out success – and one of his most obedient patients. As McKenzie puts it: "He complied because his pain was stopping him from travelling round the country and badgering people."

As for our current prime minister, I had seen a television clip where McKenzie criticised his sitting posture, so I asked if he had put John Key on his treatment bench yet. His response: "It's only a matter of time if he sits like that."

McKenzie tells of being on a panel at an international conference. It sounds like the start of a bad joke. There was a rheumatologist, an orthopaedic surgeon, a chiropractor and a physiotherapist and they were asked to respond to the question: "What is the one thing you would do to address the back pain problem?"

The rheumatologist said he would prescribe anti-inflammatory drugs, the orthopaedic surgeon would operate if necessary, and the chiropractor would do spinal manipulation. When it came to McKenzie, he said he would convince people to stop slouching, and he still stands by this. Wedded to the computer screen for a living, I don't really want to know. But it is clear it also has a great deal to answer for.

Like the public health researchers who warn of the risks of too much sitting, he says no-one should sit at a computer for more than an hour without getting up to move.

McKenzie has shown audiences worldwide that his methods work, and I'm still a happy customer with less recurrence of pain. For harder proof, the Institute website publishes a list of the latest research publications. A 2005 Danish study, for instance, halved surgery rates by applying the method to sciatica patients.

His books are popular here. Treat Your Own Back and Treat Your Own Neck have achieved Platinum Premier Bestseller status (up there with the Yates Garden Guide and the Edmonds Cookery Book).

But even with best-selling books, many people have not heard of the McKenzie Method. ACC does not promote it to people with back pain.

"They should be grabbing it with both hands and running with it."

Mid-conversation, McKenzie suddenly breaks off: "Don't move – you're too late, I caught you! Your head's out here . . ."

Darn, I'd been trying so hard to sit up straight. But there I was, slumped back into a droop.

He scolded me for slouching and directed me through the McKenzie neck exercises to ward off any ill-effects of my sagging stance.

Caught out, I leave the round-shaped house.

Being told to pull your head in might not be such a bad thing after all.

HELP YOURSELF Robin McKenzie believes 75 per cent of people with back or neck pain can benefit from self-treatment. People likely to benefit from the McKenzie Method include those with straightforward recurring mechanical problems in the neck, back, shoulder or other regions (pain in the arm or leg can be referred pain from the back).People with headaches may benefit from the book Treat Your Own Neck. Conditions not suited to the McKenzie Method include tumours, fractures and inflammatory diseases. -