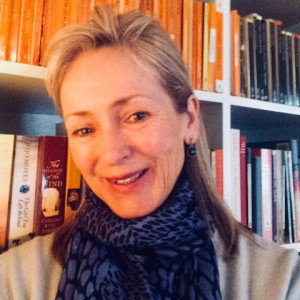 Catherine was called to the Bar of England and Wales in 1987 by the Honourable Society of the Middle Temple, London, and was thereafter awarded tenancy at the Chambers of Ann Goddard QC, whence she practised for some 20 years. Catherine specialised in the presentation of serious, sensitive and highly complex criminal cases in all genres (ranging from organised crime through child abuse and murder to fraud and police and government corruption), both prosecuting and defending, predominantly at the Central Criminal Court (Old Bailey). Hailing from a medical background, she was particularly instructed in cases involving complex forensic pathology, medical or psychiatric issues and those with vulnerable witnesses and/or defendants. Additionally, she provided specialist advice to various Government departments, was a member of the British Academy of Forensic Science, and presented on disciplinary and mental health review tribunals.

Catherine has considerable experience of Governance. As well as serving on a school board she served for many years as an elected member of the General Council of the Bar of England and Wales (the Bar's regulatory and governing body) and the English Criminal Bar Association. Her particular areas of interest/expertise were the expansion of the Bar Pro Bono Programme, professional standards and conduct, and public affairs i.e representation of the Criminal Bar's interests in media and government.

Catherine settled permanently in New Zealand in 2010 with her husband, a New Zealander, and their two small children, where she has, inter alia, co-owned a music industry business with responsibility for all associated legal matters. She also continues to provide specialist pro bono advice and representation in a variety of areas and tribunals.

Catherine also edits, narrates and produces audio for medical texts and is currently involved in producing an audio version of ‘Treat Your Own Back’ by Robin McKenzie®. She has been employed part-time, predominantly in an advisory role, by McKenzie Global Ltd (the McKenzie family company) since 2017 and was appointed to the MII Board of Trustees as a McKenzie family representative in 2018.