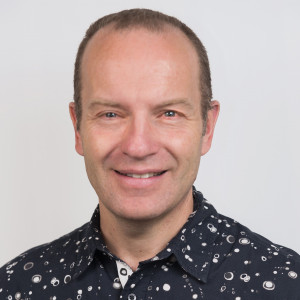 Gabor graduated from PT school in Besançon, France in 1986.  Thereafter he moved to London, UK and studied Osteopathy part time with the College of Osteopath Educational Trust, while working as a physiotherapist in private practice and for the NHS.  He completed his diploma in Osteopathy in 1994.

Gabor attended his first MDT course in 1990.  He completed his MDT A-D courses in the UK and became credentialled in 1994.  He then moved to Wellington, NZ where he attended the Diploma course in MDT in 1994.  At the end of the same year, he moved to Chicago IL, USA where he worked as a physical therapist.  During his stay in the US, he became probationary faculty within the McKenzie Institute USA branch, and was appointed as a junior faculty in 1998.

In 1998, Gabor returned to France and founded the McKenzie Institute France.  He taught the first part A in French in January 1999 and has taught over 350 courses since then.  He has also been teaching courses in Switzerland, Québec, and North Africa.

Gabor has been in private practice in Blagnac, close to Toulouse, France since 1998.

In 2018, Gabor was appointed to the Board of Trustees of the McKenzie Institute International.